The long view on systems 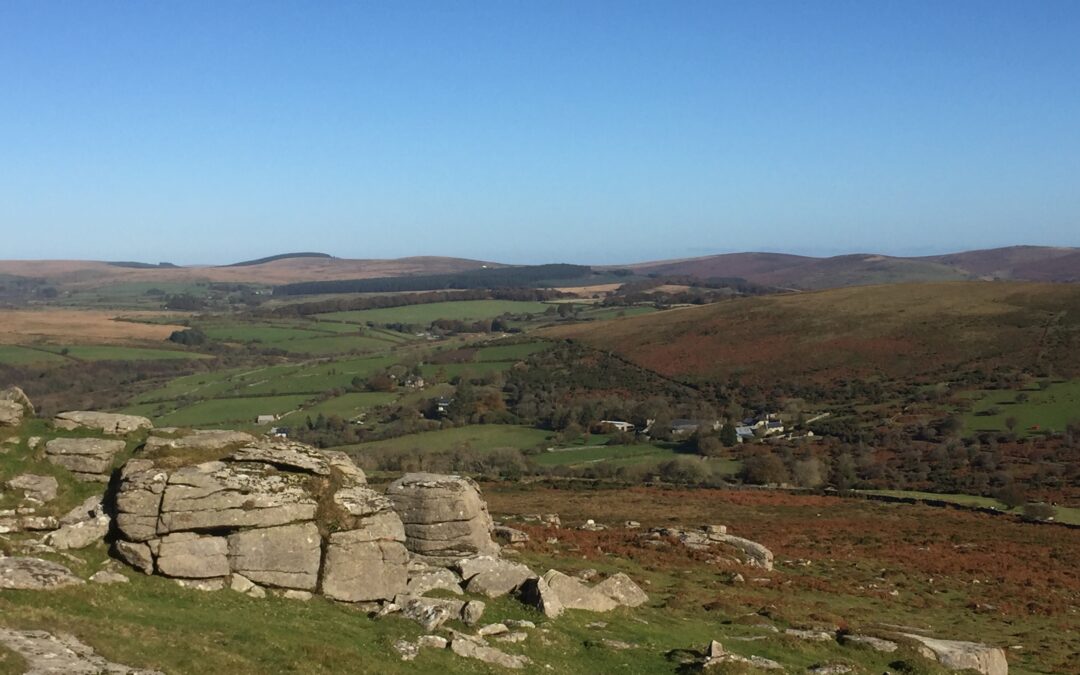 The challenges that we face as a species today are systemic and global: think climate change, species extinction, failing freshwater resources, pandemic. At bioregional scale the response is systemic and local. An easy thing to say but not so easy in do in practice. This blog is here to wrestle with these challenges in public, and invite readers to share their experiences as we build a suite of bioregioning skills for regenerating systems. Somewhere inside us, buried by millennia of laws and customs around ownership of land, we still have the capacity to think and act at landscape scale and work with multiple and overlapping living systems.

Neanderthals and early Homo Sapiens and their joint descendants lived in a world of vast landscapes that they shaped over hundreds of thousands of years. In turn, their intimate knowledge of stone, water, wood, earth, herbs and edible plants, weather and animals shaped their brains and language as well as their bodies. The architecture of place that they inhabited, modifying it in ways that are largely lost but were most probably analogous to the indigenous cultures we know today, patterned their perception of the world.

Around 2% of our genetic make-up is Neanderthal DNA and while it would be near impossible to prove that we have also inherited the capacity to think and work at landscape scale as they did, in overlapping patterns, ‘sheds’ (food sheds, water sheds, energy sheds) and systems, these skills are needed now. Our challenge is that ownership of land and the nature of economic transactions means that we experience the landscapes around us in a fragmented way. As citizens of place, we no longer intervene in or take responsibility for whole landscapes and when it comes to the other human-created systems such as transport we are in a transactional relationship based on money. How can we revive our ability to work at landscape scale, and see and sense systems (and link systems up) in order to move towards climate resilience?

Before the melting of the last ice sheets and the drowning of the great and fissured valley between what are now England and France, South Devon was part of a much bigger bioregion, an expanse that stretched to present-day Brittany and Normandy. Mammoth, woolly rhino, mega horses, aurochs, huge deer and sabre-toothed tiger roamed the ravines and plains. On the high ground that is now the Channel Islands Neanderthal people set up a processing site for the megafauna carcasses that they had hunted and killed in a cave now named La Cotte de St Brelade. On a granite headland on Jersey’s south west coast, the collapsed cave and granite ravines of La Cotte were used intermittently by Neanderthal hunters-gatherers for over 200,000 years up to around 40,000 BC.

Kent’s Cavern, on the edge of present-day Torquay on the South Devon coast, has a similar setting to La Cotte. The Kent’s Cavern cave complex is far larger and was also occupied intermittently by Neanderthals and early Homo Sapiens over a long span of time. Both are a similar height above present sea level and face into the great valley of the Channel river, the shared hunting ground. When I was studying archaeology at Exeter University back in the 1970s I went for two summers to Jersey to lend a hand on the Cambridge University-led dig at La Cotte. We camped on top of the sea cliff and each morning made our way down a perilous path to the cave where we balanced on rickety planks and scaffolding and brushed the sandy loess off mammoth tusks and sabre-tooth tiger teeth.

Dr Matt Pope, Principal Research Fellow in Palaeolithic Archaeology at the Institute of Archaeology in London now leads the dig. We spoke on 1 February 2021, the day after he and his team had gone public on BBC news with genetic evidence of joint Homo Sapiens-Neanderthal ancestry, around 46,000 BC, from a new scientific analysis of an old find of teeth from La Cotte. Archaeologists and scientists are sifting the material remains of the Neanderthals ever finer and discovering new evidence of social organising and culture. We started off by looking at the similarities between Kent’s Cavern and La Cotte. Matt pointed out that Kent’s Cavern had ½ million years of occupation by 3 different hominin species. ‘Like La Cotte it is on the edge of a big upland granite block, Dartmoor, commanding a view over low-lying ground that is now sea. This would have been a staging post, an edge place, between lowland and upland for migrating animals. Humans tend to control edges, locating themselves in edge places. It is where we feel most comfortable. One-third of the way up a slope with solid rock behind and a view out in front are the kinds of places our ancestors chose and where we still like to live.’

I asked how big would have been the area that the nomadic tribes of Neanderthals covered. How could we tell? ‘In terms of how far Neanderthals roamed, you can only really tell that from one thing, and that is the movement of stone. That’s usually not in a big range, only 30 to 100 km. La Cotte was probably part of a seasonal pattern of moving around. The site was not used in the same way all round the year. The cycles of use keep going til 40,000 BC when Neanderthals go extinct in the region.’ What about language and culture, I asked. Levallois worked flint points have been found at La Cotte, evidence of choice of technique as well as of discernment around what stone worked best for cutting things. Matt: ‘Once we move away from functional differences in tools we can see differences in style and shape within spatial and temporal patterns that reveal what can only be called cultural differences. You can’t do that without language.’

So it is not too far of a stretch to say that from earliest times our hominim ancestors created culture by intervening in the natural world. As much as they were shaped by place, they endlessly shaped their places. If design operates at the interface of nature and culture as a conscious way to plan interventions and imagine outcomes, they were designers. Neanderthals way back, and indigenous peoples today, don’t ‘clothe’ their lives with congregations of buildings and built infrastructure like roads. Their sense of security, of being ‘at home’ comes from an intimate knowledge and experience of place. Neanderthal expert Rebecca Wragg Sykes points out in her book Kindred: Neanderthal Life, Love, Death and Art: ‘Landscapes for Neanderthals weren’t abstract spaces, but a continuous flow of lived encounters [with place], both new and remembered.’

The adaptation, innovation and collaboration that Neanderthals employed to keep their species going for around 350,000 years were cultural as well as survival skills. An unsophisticated culture in our modern-day terms but it may well turn out to be longer lasting than that of homo sapiens. Fast forward to today and the same skills of working with landscapes and overlapping systems show up in Bioregioning—the activities that bring a flourishing bioregion into being and maintain its vitality. In South Devon we have identified nine bioregioning skill sets and summed them up in the graphic Bioregioning: pick any card for positive change. Bioregioning is a verb and not a noun. In the same way that commoning keeps a commons alive, bioregioning brings aliveness to a region adapting to meet the challenges of the future. You could also call it managing the Global Commons of biodiversity, soil health, water and forests locally. But that is for a future blog post.