The bioregional vision of Donella Meadows 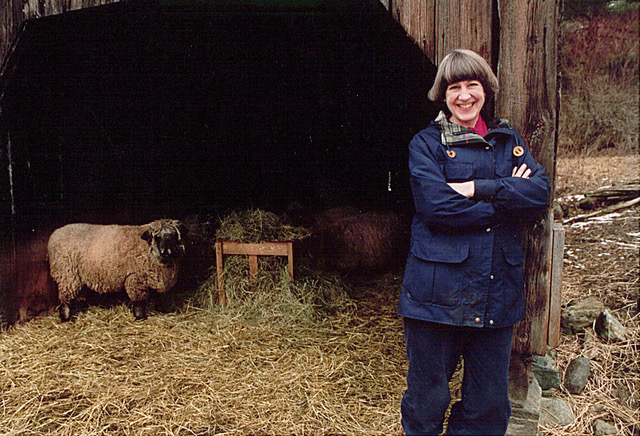 The bioregional vision of Donella (Dana) Meadows has been a guiding one for the Bioregional Learning Centre in South Devon. To mark our five-year anniversary we are publishing it here for the first time, with permission from the Academy for Systems Change that continues the work of the Donella Meadows Institute. As well as expressing gratitude to Dana, I want to thank Isak Stoddard at Uppsala University (and a member of the Balaton Group) for sharing this with me around eight years ago when I was first exploring the potential of a bioregion to be a place-sourced organising principle for multi-systems change. It has become our blueprint: we refer to it to keep us on track time and again.

Dana Meadows wrote the paper that this extract is taken from some time shortly after 1982. Titled History of the Ideas Underlying the Balaton Group, it opens by reporting on a conversation between Vernon Ruttan, John Todd and herself that took place within a workshop Dana had convened in 1980 on approaches for ending hunger in the world. They were exploring the questions ‘How does a society develop the capacity to invent institutions and technologies that truly fit its own culture and environment? How can it filter through the inventions and impositions of the rest of the world and choose what really works in its own context? How can it learn enough about its own resources, environment, needs, and potentials? Does any society now have that capacity? What does such a capacity even look like?’

The response that emerged was condensed in her own words into: ‘Helping people and cultures all over the world develop and express their own capacity to solve their own problems, consistent with their own needs and with the ecosystems around them. And doing that through enhancing the power within all cultures and peoples to combine intellectual knowing and intuitive knowing, reasoning about the earth and living in consonance with it.’ This became the project that the Balaton Group of practitioners (mainly scientists and systems thinkers) was formed around. Dana:

‘So that is how we got started. In September 1982 we invited 35 of the best resource systems analysts we knew in the world to come to Hungary, to talk about this idea of a cooperating network. We met in a resthouse for employees of the oil and gas industry, on Lake Balaton, Hungary’s beloved vacation spot.’

Any person receiving such a grand and unspecific mandate will naturally interpret and shape it with the skills, resources, and life experiences that particular person has at hand. What I had at hand was a host of purely intellectual tools based on the computer and the precepts of systems analysis, along with an international network of friends who share those tools. I also had twelve years’ experience of organic farming in a cold and rock-bound but ultimately bountiful bioregion, with all the appropriate frustrations and joys that come from interconnection with the cycles of the earth. And lastly I had knowledge that pointed to the limitations as well as the value of my scientific, systems-analysis tools.

Out of that combination came a vision of a number of centers where information and models about resources and the environment are housed. There would need to be many of these centers, all over the world, each one responsible for a discrete bioregion. They would contain people with excellent minds and tools, but they would not be walled off, as scientific centers so often are, either from the lives of ordinary people or from the realities of political processes. The people in these centers would be at home with farmers, miners, planners, and heads of state and they would be able both listen to and talk to all of them.

The job of these centers is basically to enhance that capacity that Vernon and John talked of,  the capacity to solve problems in ways that are consistent with the culture and the environment. The centers collect, make sense of, and disseminate information about the resources of their bioregions, and about the welfare of the people and of the ecosystems. They are partly data repositories, partly publishing and broadcasting and teaching centers, partly experiment stations and extension agents. They know about the latest technologies, and the traditional ones, and about which ones work best under what conditions. They are able, insofar as the state of knowledge permits, to see things whole, to look at long-term consequences, and to tell the truth. They are also able to perceive and admit freely where the boundaries of the state of knowledge are and what is not known.

Above all, the job of these centers is to hold clear and true the context, the values, the ways of thinking, through which all development plans and resource management schemes proceed.  The values are:

All these would be defined within the local culture even though they are universally applicable. All the information going into and out of these centers is passed through the filter of this set of values. The context is also upbeat—the centers are full of concrete and useful information about how these values actually can be achieved. They know the potentials of their regions for sustainable fruitfulness, and they talk about opportunities as well as obstacles.

The centers serve their particular regions, but they are also joined together, through their own informal network. They exchange methods and data with each other. People flow back and forth, to be trained, to spread news, to report on the state of their own part of the planet. When necessary, centers can join together to work on issues or problems that cross regional boundaries and that require a larger framework of data-gathering and analysis.

The revival of bioregions and experiments with leading regeneration at that scale are now taking place around the world. One of the organisations leading the way is the Regenerative Communities Network.This international group of practitioners is now reaching out to all those people and places who are stepping into this field in order to share and mutually support each other. If you would be interested to participate in an online gathering later this year I will keep you posted.