So, What’s the Project? 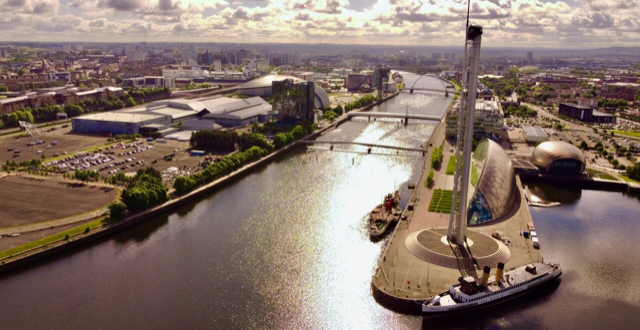 CoP26 is over and the future looks a little less bright in the world of international diplomacy for averting more than 1.5 degrees of global warming. At times like this, I stop and ask myself ‘so what’s the project now, has it changed, what has been revealed?’. When the Copenhagen CoP15 failed so dismally to reach an accord between nation states and pushed civil society out into the cold, those of us working on the front lines of climate change and activism said ‘well that gives civil society a mandate to step up’. And I remind myself that that stepping up has been happening in largely unreported ways ever since.

But what is really going on? Over the past two weeks of CoP in Glasgow, I have been reading Bruno Latour’s thought-provoking essay ‘Down to Earth: Politics in the New Climatic Regime’. It has made me realise that between 2009 and now the human project has changed because the politics of Trump, Brexit, the far right and fake news have revealed the resistance, the fault lines, the defiance of what is becoming more and more apparent. Namely that the drama of climate change, that is taking place in what Latour calls the Terrestrial, a Critical Zone—‘a few kilometres thick between the atmosphere and bedrock’—is bringing the project of globalisation to an end.

Having been on the modernisation-is-globalisation path for around a century, globalisation is being pulled off course by a new ‘attractor’. A new vector, a new imperative for human action that acknowledges that Earth and earth systems are a player in their own right. And a mighty strong player at that. One that can’t be negotiated with or ignored or denied. The resurgence of the idea of the nation state and all the values that underpin that can be seen as a knee-jerk reaction to the power of the Terrestrial, one that will not barricade us against future realities for long. Re-shaping our world in response to this imperative means everything needs to change. Not just infrastructure but values, assumptions, huge swathes of human behaviour. It makes modernisation and globalisation look like an utopia.

Towards the end of the essay Latour re-shapes his enquiry question and asks: “How can the feeling of being protected be provided without an immediate return to identity and the defense of borders?” And we can now envisage an answer: “By two complementary movements that modernisation has made contradictory: attaching oneself to the soil on the one hand, becoming attached to the world on the other.” The attractor defined as the Terrestrial—which is clearly distinct from “nature” and which is not the entire planet but only the thin biofilm of the Critical Zone—brings together the opposing figures of the soil and the world.”’ Having outlined this paradox, Latour gives some suggestions as to how to act.

It does not make sense, he suggests, to act inside national, regional, ethnic or identity boundaries because The Terrestrial (the totality of earth systems) knows no boundaries. CO2 is not spatialised in the same way as urban transport systems. We need, he suggests, to generate alternative descriptions that take account of our dependence on Earth. Then, ‘…we must agree to define a dwelling place as that on which a terrestrial depends for its survival, while asking what other terrestrials [human and non-human] also depend on it? That definition involves listing what each being needs for its subsistence ‘and, consequently, what it is ready to defend, with its own life if need be.’

Those of us working in bioregions tell a new story of belonging to earth; we work at a scale that is defined by landscape and geology and not by political boundaries; we align with how life itself works, through networks and flows, connections and knowledge/ resource transfer. This is pioneering work to reveal the potential of a place to regenerate itself and the nudges needed for that to happen. To me it feels like making a map by entering the forest at the place where there is no path and making that path by walking. Now I understand why. And why bioregioning is emerging as a powerful attractor for action, as a sub-attractor within the Terrestrial, and a means to create coherence. In chaos theory, that is what Strange Attractors do: like a crystal dropped into a saturated solution they enable new patterns to form and grow.

Chaos has an intrinsic order, but it is not one that we can control or even see. Hesiod, writing at roughly the same time as Homer in the 8th century BC, tells us in his Theogony, his creation myth, that the goddess ‘Chaos was first of all, but next appeared broad-bosomed Earth’. Meaning ‘gap’ or ‘chasm’ in Greek, Chaos was the formless void that enveloped the beginnings of this ordered universe and Earth. In ancient Greece she became the goddess of the edge places, the no-mans-land between the domestic and the unpredictable wild. Bioregioning takes us into that in-between space and shows us paths towards agency, edges that bring us into new relationships, and reawaken old instincts around belonging that are in our DNA.

Bioregioning responds to this new project by focusing energy not just at the nexus points in systems—the crossing places, the friction points—but at negative space—the gaps between, the connective tissue. The actions of linking/bridging/mending can show up as dismantling barriers between sectors so that information and ‘can-do’ starts to flow; as working at the interface between the urban and the rural, not ‘either/or’ but both together; as connecting local production to local procurement; as connecting up small producers to regenerate a sector; as connecting pathways for biodiversity; or connecting children to nature. Bioregioning creates coherence by re-connecting disparate elements in our inner and outer landscapes and, as edge work, it is a cultural act of repair and regeneration. Since reading Latour I also see it as a key strategy for the Terrestrial age.