Are you a River Keeper? River Keepers look after their rivers in lots of different ways, all over the UK. We love our rivers…being on, in or beside them.

When something isn’t right we take action by calling the Environment Agency’s incident hotline and posting online. As part of a growing network of Citizen Scientists we take samples of the water for pollutants to track the river’s health.

Biodiversity loss is a serious problem; by learning–together–how to look after the river, its habitat and wildlife River Keepers encourage others to be curious, to care and to make change happen. For all living creatures to flourish the UK’s rivers need to be sustainable, fish-able, swim-able, paddle-able and drink-able….because we are made of water and we depend on healthy water for life.

There are almost 1,500 discrete river systems in the UK. How could you take care of your river or stream? Be creative, take action yourself or join those who are already doing it. Together, as citizens, let’s save our rivers!

BLC and Westcountry Rivers Trust have put a lot of thought into a River Keepers concept, helping to move ‘best community practice’ towards becoming a movement, kindling collective responsibility for the precious resource of water, where citizens are supported in taking sustained, appropriate action to care for the natural heritage on their doorsteps.

For us, River Keepers is all about 1) citizen-led stewardship of local rivers and streams, and 2) changing our relationship to, and our understanding of, the water in our bioregion. It comes in response to turbid, polluted rivers; the rapid loss of native species; topsoil run-off into rivers due to extreme rainfall; a need to reverse the focus on cities over rural communities, and at a time when the true impacts of Brexit on the environment, particularly farming, are only beginning to be grasped.

In 2019, South West Water offered to pay Westcountry Rivers Trust (WRT) to help a Devon river, the Tamerton stream, recover from serious pollution that wiped out the local fish population. This payment was accepted by the Environment Agency as an alternative to prosecution in order to bring benefit to urban watercourses in the Plymouth area, particularly north west Plymouth. BLC partnered with WRT on this project, developing a Story of Place and an oureach/participation strategy that began with identifying network nodes–those already working towards a similar goal in the area–and building relationships that will underpin actions beyond the life of the project.

We have identified 10 components, differing in scope and combination according to location, that would round out the kinds of actions that communities are already taking to take care of their waterways. Each community of interest would determine the outcomes that make sense to them, while guidance and support would be given by a funded project team. This process is aligned with that of creating a River Charter. BLC co-created the UK’s first River Charter for the Dart at Dartington, and we’d love to see every river in South Devon have its own Charter. 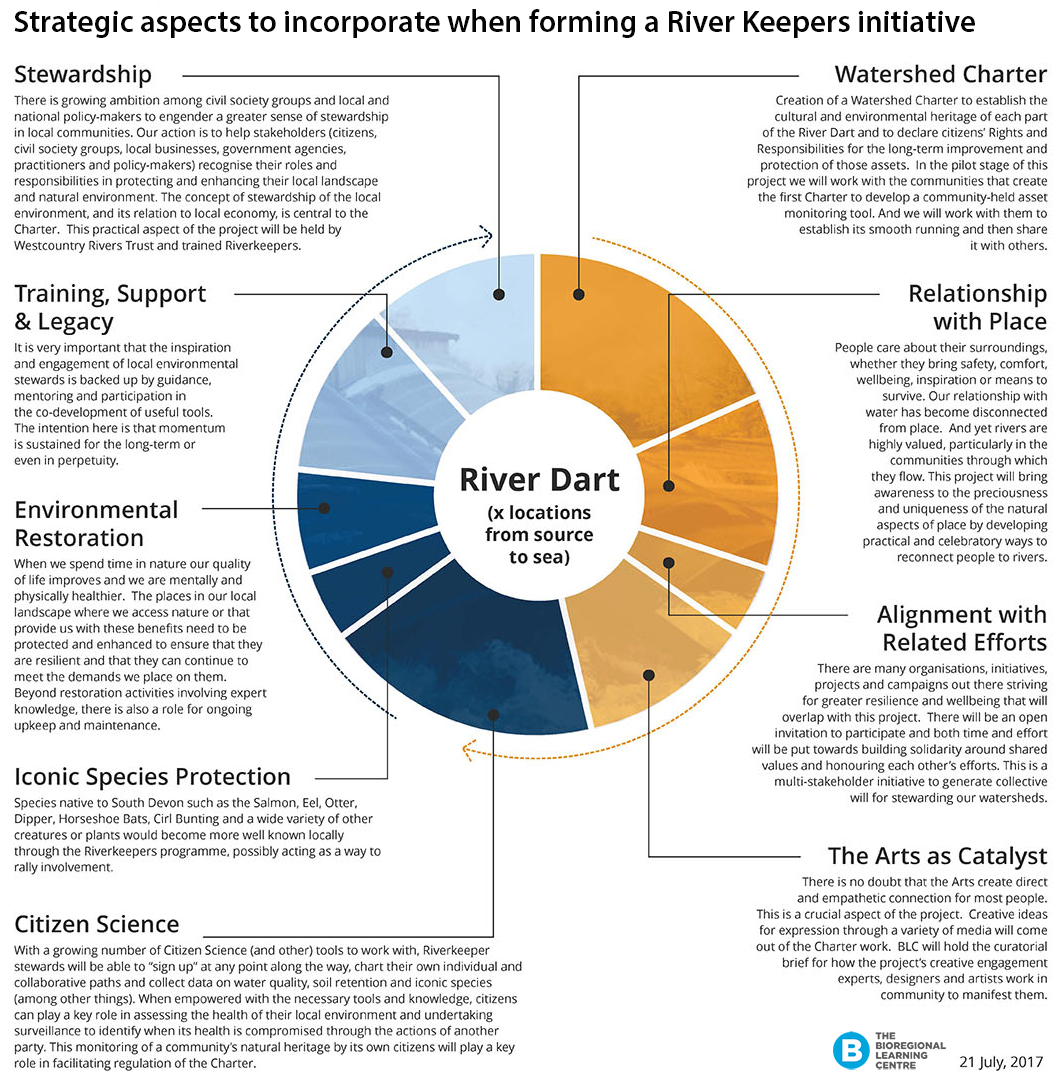 Everyone can be a River Keeper! 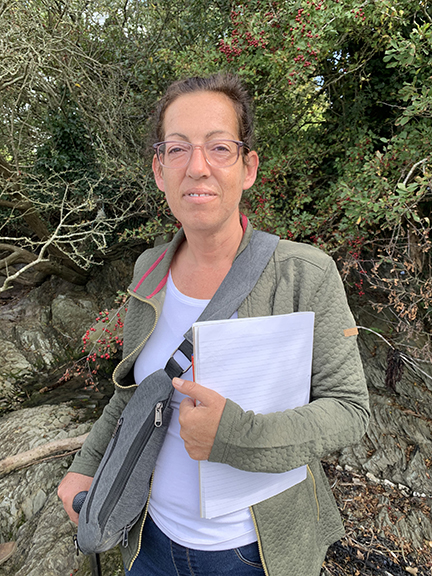 Sarah keeps an eye on the shores around Tamerton Lake and the creeks and streams that wind through Budshead Wood in North West Plymouth. With other members of the Friends of Ernesettle & Budshead Wood, who have developed a Management Plan for the wood with Plymouth City Council, Sarah seeks to protect and nurture Ernesettle’s green spaces “for our whole community”, supporting and encouraging participation and collaboration. She sees herself not as a point person, but rather leads by doing–from picking up litter and orchard mulching to informing the online community about events, posting about accomplishments or alerting the council and businesses if waterways are compromised by household or industrial waste. 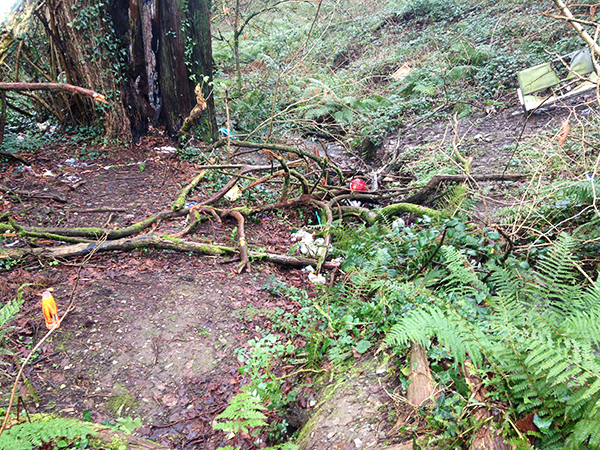 There’s an urban stream somewhere in this picture! If we, as citizens, take action to look after South Devon’s streams and rivers, and hold accountable those responsible for actions that cause pollution, we can help to change the trajectory of the latest figures reflecting the shocking state of English rivers, outlined here in a recent article from the Guardian. 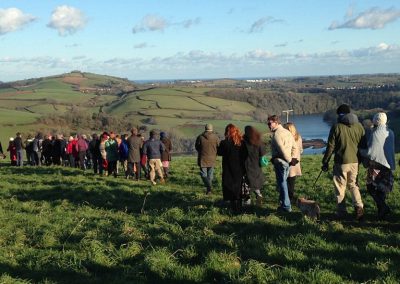 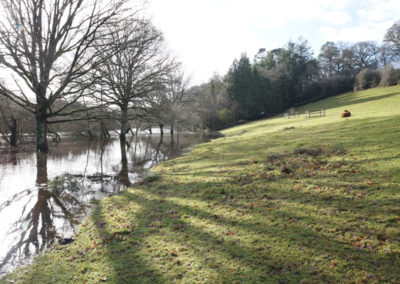 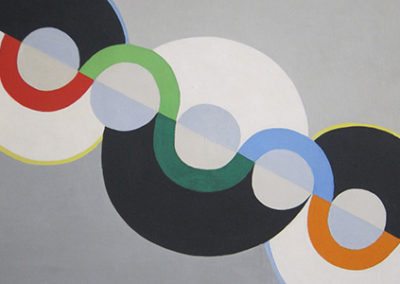 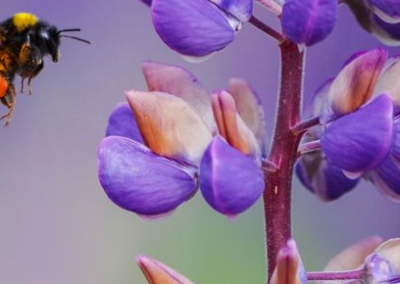 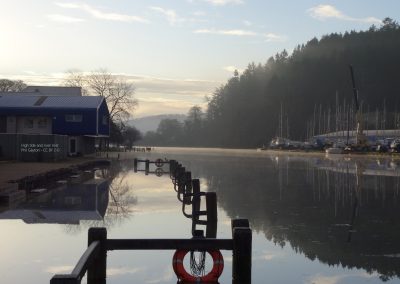 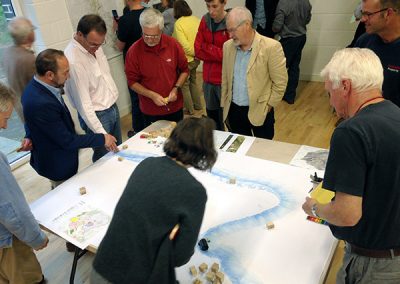 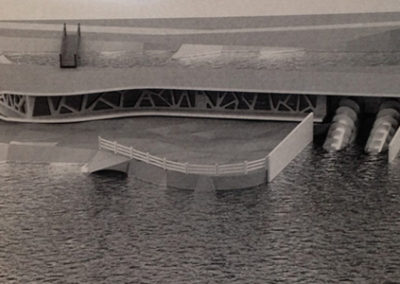 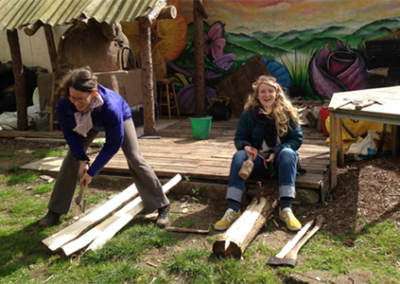 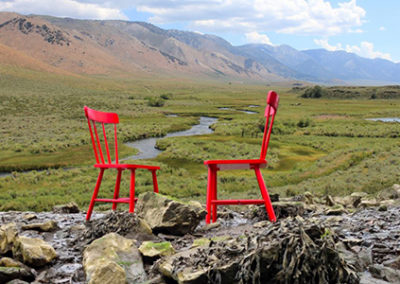 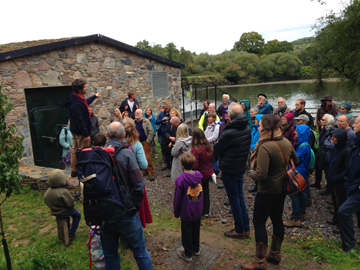