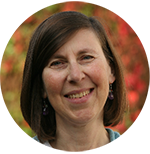 Isabel’s path has taken her through the art world: first in art publishing, then as an art critic for The Times and exhibitions curator at the Royal Academy of Arts in London.  Isabel then went solo to set up and direct the Festival of Muslim Cultures that took place across Britain throughout 2006.  Over 120 events in almost every conceivable art form brought audiences into contact with the Muslim world in order to build bridges of understanding between cultures.  As Creative Consultant to the University of the Arts in London, Isabel developed learning for sustainability with schools in the east end of London, inspired by the 10th-century Arabic fable The Lawsuit of the Animals against Humanity. 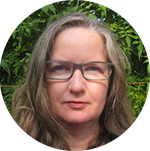 Jane brings more than 25 years of experience in interdisciplinary design to her role in the Bioregional Learning Centre, helping its projects come to life in relevant, useful and beautiful ways. To Jane, design is a way of life. It’s a way to try things out, get stuff done, give form to ideas and there are no limits to its potential for good. Jane’s career began in London working for the retail design giant, Fitch. As a Design Director for the architecture firm Gensler, Jane led a team in San Francisco, living and working there for 15 years. She served on the Board of the Committee of 100 for Tibet, helping them to pioneer The Missing Peace: Artists Consider the Dalai Lama, a multi-media art exhibition that brought together 88 respected artists representing 30 countries. Jane opened her own practice in 2000. Jane is an SEGD member (The Society for Experiential Graphic Design). 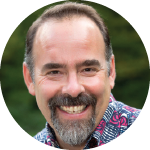 Glenn works across the boundaries of science/policy/practice with 30 years of experience building bioregional and ecosystem stewardship. Founder of SustainaMetrix in Portland, Maine, projects have taken him across the country and around the world. Partners include national and international government agencies, NGOs and universities. As the first Director of Conservation for the National Aquarium in Baltimore, Maryland, Glenn was awarded the title of “Environmental Hero” by U.S. Vice President Al Gore in 2001. Glenn is a constant source of inspiration to BLC, and is particularly gifted at activating people’s potential for change. A natural sharer, it was clear that we would be working together from the very first Zoom call. 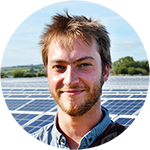 Joseph has been passionate about ecological and social justice from a young age, volunteering as a facilitator of the Be The Change Symposium for the Pachamama Alliance in his teens. His commitment to addressing these issues was reinforced through his travels in South and Central America where he met and lived with tribal peoples on the front line of oil and mining development. In 2018 Joseph supported the formation of the UK Student Climate Network and, in 2019, helped to initiate Youth Strikes for Climate in Devon. Elected as a South Hams District Councillor, he represents Totnes for the Green Party. In 2020 Joseph launched What Now?, a teacher training using ‘constructive narrative’ as a framework of hope and inspiration for the emerging generation, who must face the impacts of ecological and social degradation and could have the greatest opportunity to rise and meet these challenges.

Josh grew up on a tributary of the river Thames and from an early age spent his time exploring what was around the next bend in the river. This led him to over twenty years in international development and humanitarian relief as a social development advisor with numerous NGO’s and UN agencies exploring what might be around the next bend in the river for humanity. He has worked extensively throughout Africa, South Asia, the Balkans, South Pacific and the Middle East where he has applied his expertise in anthropology, participatory approaches and ecological design to a wide range of global issues. This has included HIV/AIDS, gender equality, sustainable development and transboundary river basin management. In 2010, sponsored by the Royal Geographic Society, he led an development expedition up the river Nile to give those most dependent upon the river an active and influential say in its future.

WRT is a charity working to restore and protect the rivers, lakes, estuaries and coastal areas for the benefit of people, wildlife and the local economy. These places inspire and sustain us, they make us happier and healthier. They are steeped in history and they hold the key to all of our futures, but they are too often overlooked and so we need to celebrate them, promote them and protect them. Rivers bring water to life.